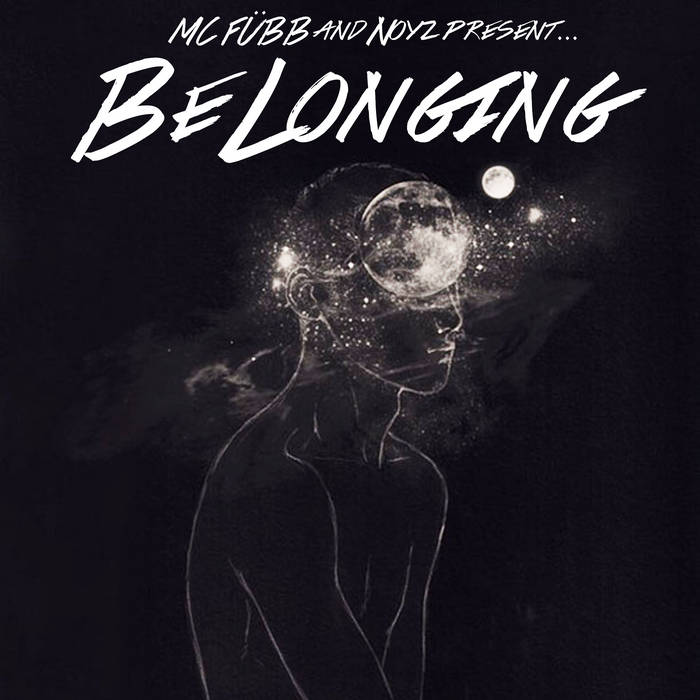 “We all need to belong, is that the wrong assumption?
Will we always be longing for something?”
–MC FÜBB

(Toronto, ON) – After a two-year hiatus since his last official release (the critically acclaimed EP, the poet), Toronto hip hop artist MC FÜBB has teamed up with producer/emcee Noyz to release their new collaborative EP: BeLonging. Thematically centered around the fundamental human need to belong, MC FÜBB weaves together notions of authenticity, creativity, peace, and finding one’s place in the world as he raps over a rich instrumental tapestry created by beat-smith Noyz. Featuring soulful vocals by Mike Devine on “Belong” and the buzz single “Grace,” the end result is a cohesive, five-track musical project that aims to strike emotional chords with listeners through thought-provoking lyrics, inspiring melodies, and songs with high replay value.

Here’s what Noyz has to say about the theme of new EP:

“The title ‘BeLonging’ and the artwork is a reflection of struggles that we all face. We don’t want to feel left out; we want a place that feels like home, where we know we belong. However, within this longing, we often miss out on the truth that we already do belong. We are all created from the same materials and the same source, and as beings in this universe, the feeling of belonging is something that should be natural and innate within all of us. Finding and strengthening that connection is a lifelong journey.”

BeLonging isn’t the first time that FÜBB and Noyz have worked together: in 2011, the two artists released In the Face of No Agreement (aka ITFONA), a full length album exploring the theme of using hip hop as an empowering vehicle for overcoming one’s internal obstacles. Noyz also produced “Poetically Correct” on MC FÜBB’s EP the poet, and FÜBB featured on the song “Keep Moving On” on Noyz’s album Degrees of Freedom.

All songs written and performed by MC FÜBB (Mike Devine co-writer and performer on "Belong" and "Grace"). All songs produced by Noyz. All songs recorded, mixed, and mastered by Marlon James. "BeLonging" RTR 104 released by Revolutionary Times Records © 2014. Album art courtesy of Noyz, MC FÜBB, and the internet. For more music, check out mcfubb.com and noyzhiphop.com.