That's What She Said [Single] 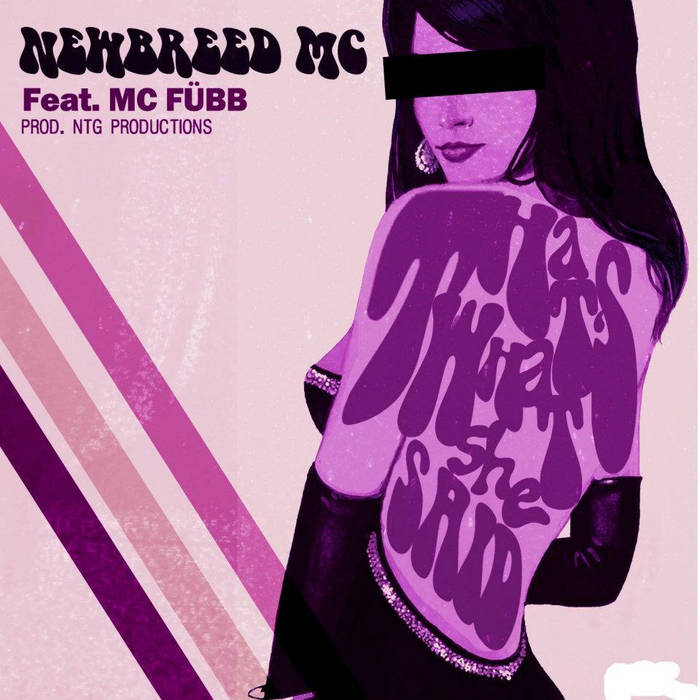 It’s hard to follow your dreams when people around you are trying their best to bring down and hold you back. That’s What She Said, the new single from NewBreedMC and MC FÜBB (Hip Hop Headz/H3, The Cypher, Revolutionary Times Records/RTR), addresses the challenge of staying true to yourself and committed to achieving your dreams despite what people around you might be saying. Over deep and engaging production by NTG (aka The Fresh Water Monster), NewBreed and FÜBB spit ferocious flows with honest lyrics touching on the internal struggles they face as artists and the inspiration they find within themselves to continue on their paths in the world. That’s What She Said is a new single off of NewBeedMC’s upcoming EP, The Fresh Water Playlist.

What's more satisfying that a tall glass of Fresh Water when you're thirsty? NewBreedMC understands that and is back with his second release, The Fresh Water Playlist, to quench the thirst of those deprived of real Hip Hop. Working exclusively with producer NTG Productions (The Fresh Water Monster), NewBreedMC has created the musical equivalent of osmosis, inspired by the miraculous life bearing powers that water holds in all its characteristics. NewBreedMC and NTG provide a thirst quenching brand of freshness that is essential to the survival of the true essence of Hip Hop. The project includes hit singles Blue Lights and Rubix Cubez and features guest appearances from the likes of MC FÜBB, Roach Uno, SeAn Prominent, and Relic. The Fresh Water Playlist is set to be released in October, 2011 is nothing short of pure hydrations for all who seek refreshment.

Rapping since the age of 15, MC FÜBB (pronounced "emcee foob") began taking his career as a hip hop MC seriously after graduating from the University of Toronto in the spring of 2009. In Sept. 2009 he dropped his debut EP Foundations which is available for global digital distribution, and followed up with his mixtape Blue Collar Worker in May 2010. He founded a hip hop community called Hip Hop Headz (H3) with which he started the event THE CYPHER, where MCs/rappers come out to showcase their talents and skills. His first full length LP In the Face of No Agreement, a collaboration with Brampton producer Noyz, was released in April 2011 under his self-owned label Revolutionary Times Records (RTR). Whether laying down his poetic, intelligent, and intricate verses in the booth or just freestyling in a cypher, MC FÜBB brings a level of intensity and skill to be reckoned with in the world of hip hop.